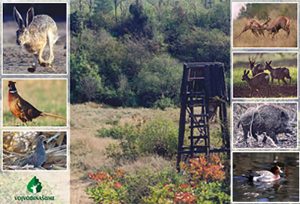 PC ‘Vojvodinašume’ is a business entity conducting activities in the sector of hunting. It owns hunting-grounds and game breeding farms with professional staff working on them. This makes it one of key actors in planning the development of hunting sector both in the Province and the Republic.

Intensive production and breeding of large game is intended mainly for foreign hunters-tourists (foreign market). However, over the past couple of years local hunters-tourists have also been taken into consideration (domestic market). This resulted in greater indirect financial benefits.

Hunting grounds within the Public Company “Vojvodinašume” were established and formed on the surface of 109,824.34 ha, which amounts to 5.10% of total…

Public Company “Vojvodinašume” is the manager of 16 protected areas on the surface of 69,595.85 ha, and is the user of forest and forest land in…